What a weekend! The weather was pretty miserable, so we spent a lot of it running errands and lounging around. I thought it would never stop raining last night, sheesh! You have got to love Oregon… or not LOL!

So, due to the weather I’ve been lazy and slothful. Gray cloudy rainy days tend to do that to a person. I did have some friends over on Friday night to sew, and that was fun. I made slow and steady progress on my Single Girl Quilt. Many of the people doing the Quilt along are flying! I am not however, and I’m okay with that. I have two “test” blocks I’ve done now with the curved piecing. I just pin it like crazy and that seems to work okay. 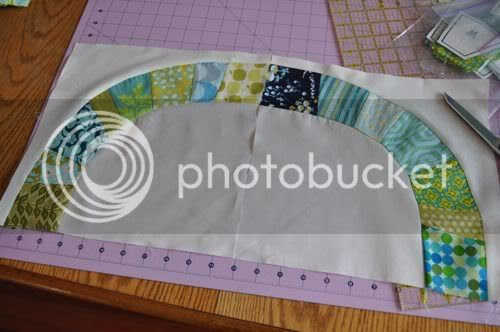 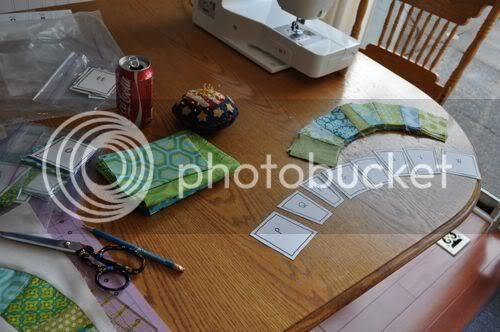 Another thing I did all weekend long was watch Downton Abbey on Netflix. It is a pretty good show, I think the acting is awesome, and I kept laughing out loud in some parts. It is along the lines of a Jane Austen movie with the intrigue and characters. Kind of slow and subtle, I like it. Has anyone else been watching that show? It is put out by PBS. 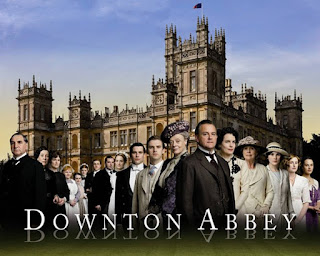 This week is the Portland Modern Quilt Guild meeting! Is it just me, or did a month just fly by and I didn’t even realize it??

I really like your Single Girl progress! Don't worry about how far anyone else has gotten - you're doing great! I missed Downton Abbey and am sorry that I did. I've heard so many great things about it. Maybe I can find it on On Demand....

I didn't know Downton Abbey had made it to the states yet. It aired here in UK a few months ago and apparently they are already filming series 2. I love period dramas like this. Good luck with the single girl quilt - I'm not making it but love seeing everyones progress xx

I love your fabrics for the single girl! I have 2/12 blocks complete, so no worries about feeling behind... I realized that some people just fly through, and it's okay!

I love your new quilt. It's been fun to see everything you've been up to lately. You've really been productive.
I started watching Downton Abbey after seeing your post. I was really enjoying it, until towards the end when the alternative lifestyle was shoved into my face! I was stunned and sick. Needless to say, it has prompted me to write my government leaders and plea that they de-fund PBS. I don't think that my tax dollars should have to go to support such shows.

DtA is unknown to me as a series, even I have seen some commercials of it. You have a nice quilt coming. 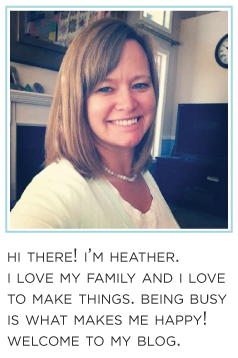